Ashoka is an international organization that encourages Social Entrepreneurship and honors social innovators annually. It is considered as the most prominent organization in terms of creativity in Social Entrepreneurship. The association seeks and supports leading social entrepreneurs around the globe. Their goal is to learn from the social innovators, embrace their innovations and support them in order to build a world wide community that believes that every single person can change the world.

Dr. Mustapha Jazar, the Founder and Director of LASeR and an Ashoka fellow since 2016, won the Social Creativity Award from Ashoka in 2015 for the City Fund Project 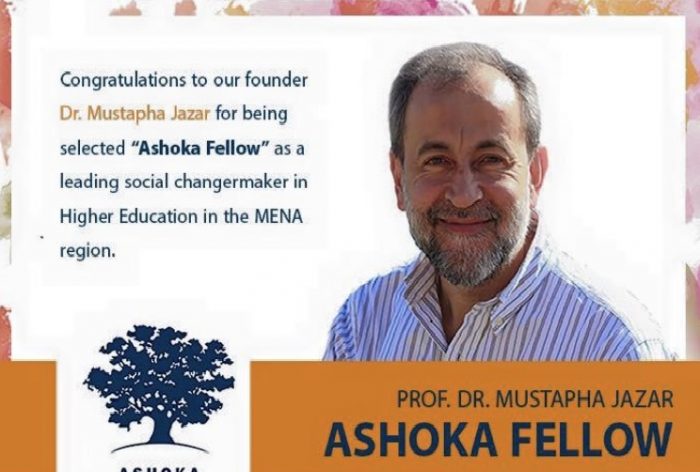