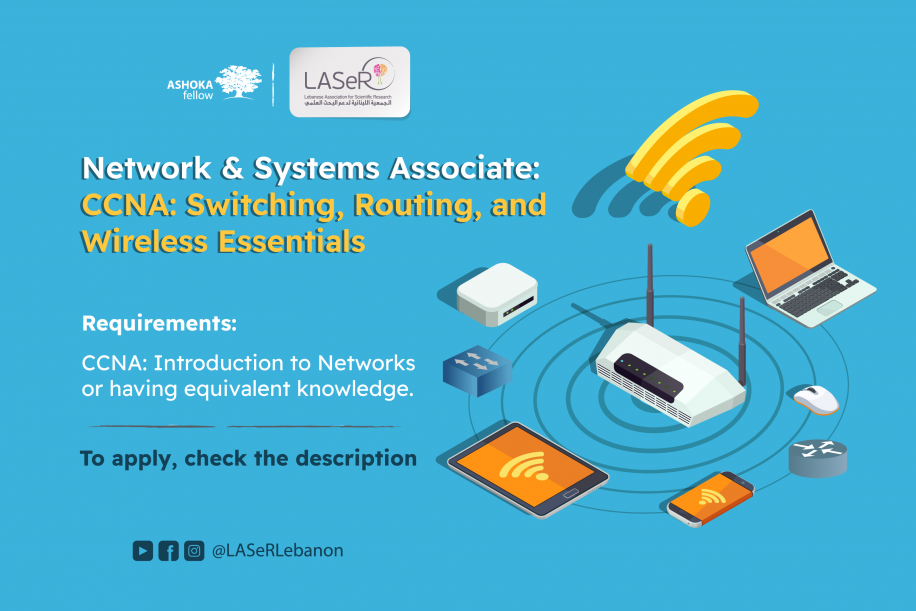 This course focuses on switching technologies and router operations that support small-to-medium business networks, including wireless local area networks (WLAN) and security concepts. In this second course in a 3-course CCNA series the trainee will perform basic network configuration and troubleshooting, identify and mitigate LAN security threats, and configure and secure a basic WLAN.

Recommended preparation: CCNA: Introduction to Networks or having equivalent knowledge.

At the end of this course, students will get a certificate from CISCO

The course is expected to start in the beginning of February 2022. In case you are a new student kindly click the button below to apply. 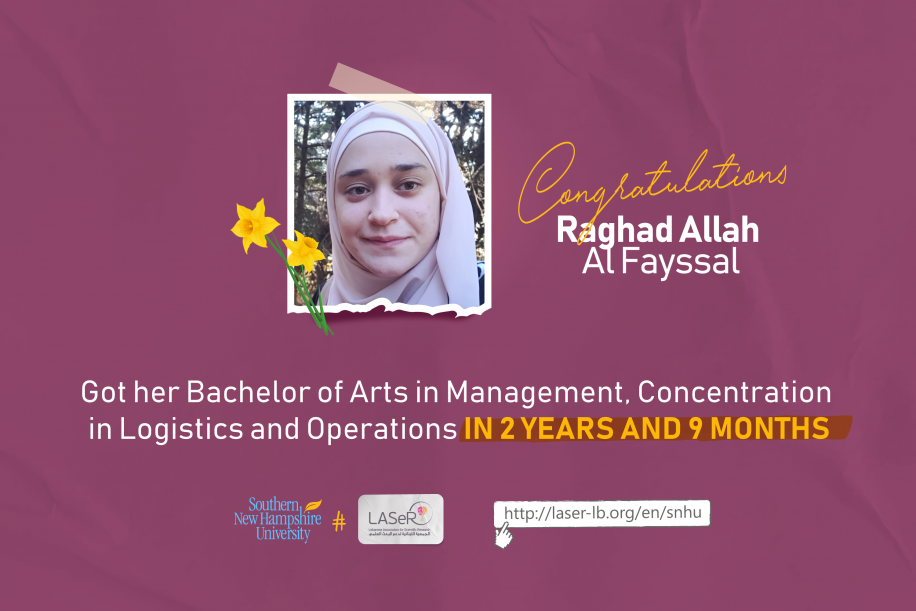 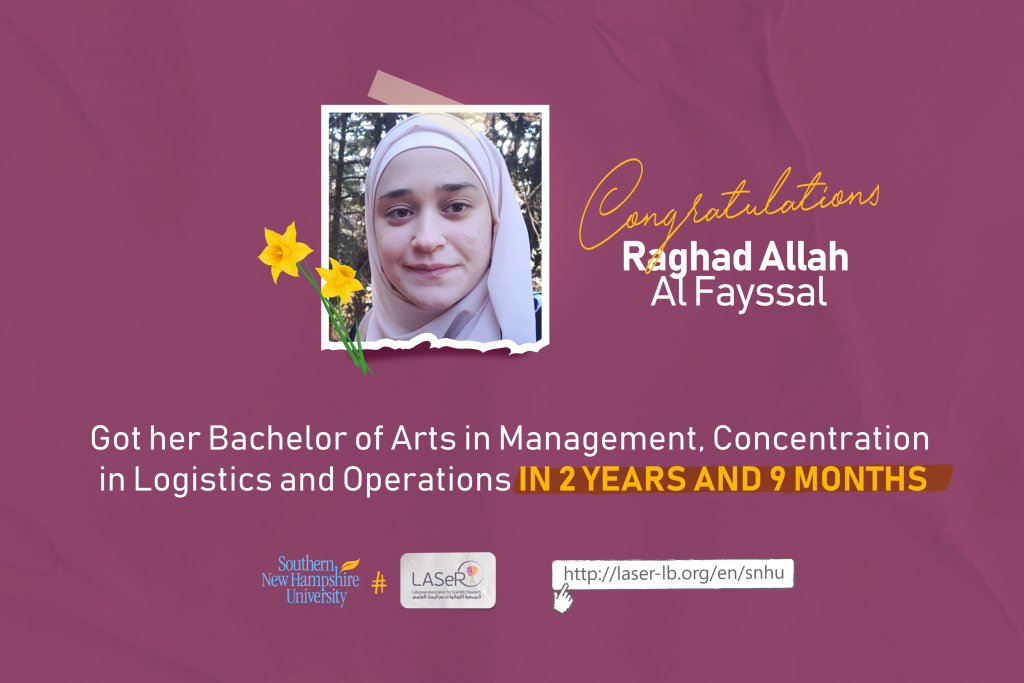 Raghad earned her Bachelor’s of Arts in Management, Concentration in Logistics, and operations today!

Given the fact that this scholarship is competency-based education, students work on projects to master required skills and once they master all required competencies/skills they graduate regardless of study duration and that’s why Raghad was able to graduate in 2 years and 9 months.

“Ships are safe when they are at ports, but ships are not built for that. Go out to sea and do something new.” Each of us has a different life, always make sure that yours is full of achievements, successes, and lots of uniqueness.
My special thanks go to many people, they know themselves very well. These were Raghad’s words regarding her graduation.

As always we are super proud of the achievements of our students! Congratulations Raghad we wish you all the best! 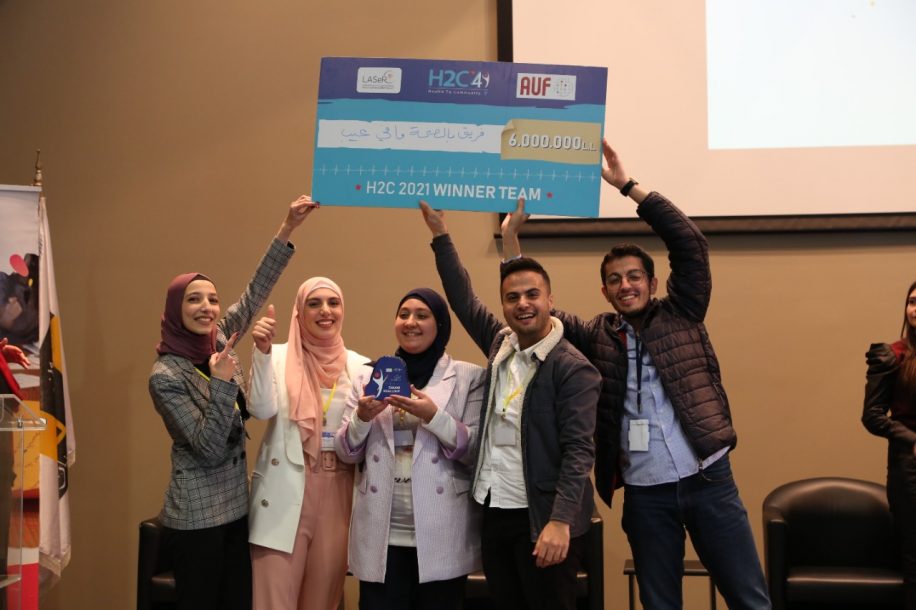 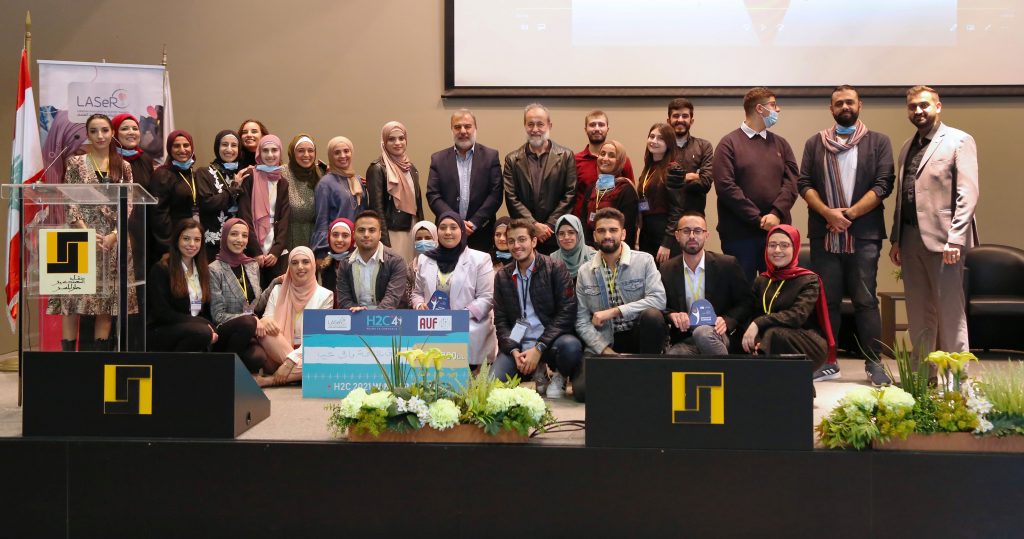 The Lebanese Association for Scientific Research LASeR held the ending ceremony of the H2C4 program at the Order of Engineers in Tripoli, in the presence of

The ceremony started with the Lebanese National Anthem, then words from the association’s president, director of the Agence Universitaire de la Francophonie, representative of the President of the Order of Engineers, and coordinator of the Youth Empowerment Program at LASeR.

The second part of the ceremony included a small on-stage performance by the students of the Young Empowered Secondary Students  Program (YESS) in which they introduced each H2C team and then each team introduced themselves in front of the audience.

The four teams were:

After the part of the projects, the Youth Empowerment Program Coordinator at LASeR, Mrs. Sabah Al-Merehbi, was honored by the Programs Manager, Mrs. Zeina Awaydate, for her efforts in her work with the association.

Before the end of the ceremony, Mohamad Ali Karroum and Tahani Khallouf were awarded best participant in H2C4 and best designer in H2C4 as voted by Young Empowered Secondary Students (YESS).

At the end of the ceremony, the winning team for this year’s version of H2C was announced

بالصحة ما في عيب were the winners, the team includes:

The winning team received the award on stage in the presence of the association’s president, the CEO of LASeR, the programs manager at LASeR, the staff, and the participants in the H2C4 program. 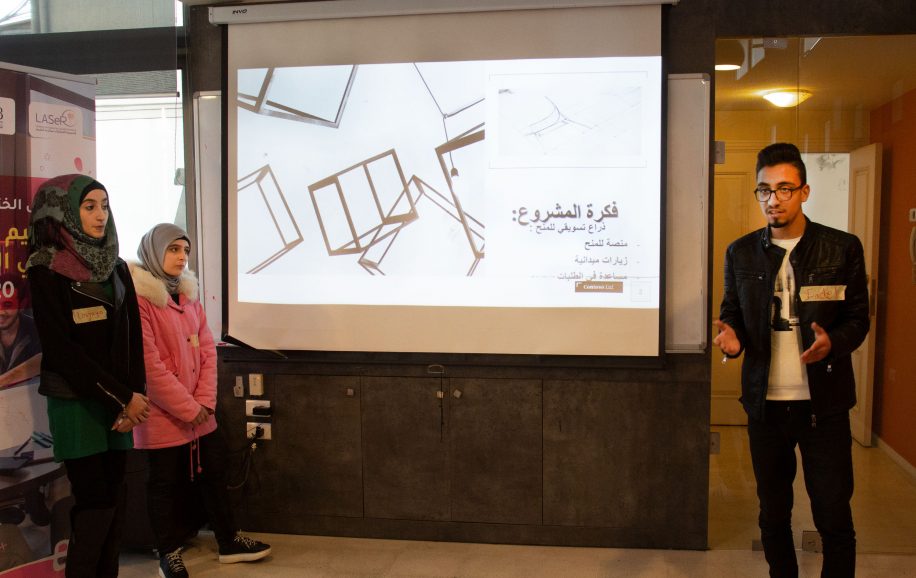 CMIC – Community mobilization in Crisis is an initiative in partnership between LASeR, AUB and University of Ottawa to help Syrian students enrolled in secondary to mobilize their communities through designing and implementing initiatives.

The aim was to help students identify the problems that lead to scholar dropout and propose ways to solve them. 30 students were enrolled in the training, they created 6 groups to work on different aspects to access to Education (Curriculums, language, psychosocial support …).

Participants underwent a training based on a curriculum co-designed by LASeR and the University of Ottawa; the pilot was delivered in 6 interactive sessions (one session per week) to acquaint students with the following:

On Friday the 10th of January, LASeR hosted the final ceremony of the CMIC project. During the ceremony, each group presented their initiative in front of the jury: Dr. Mustapha Jazzar CEO of LASeR, Saly Khalaf project manager at Mercy Corps, Nidal Ali Business development and operations director at IEC and Leila Dahdah from UNHCR. Three initiatives were selected for the win:
-EngFun
-Sharing is Caring
-Hope Initiative Scholarships

Winner initiatives will be getting a seed funding of 500.000 L.L. per project as well as LASeR’s support throughout the implementation. The initiatives shall be implemented in the next 3 months

We are proud to announce our new partnership with BAU Tripoli. According to this partnership accepted students benefit from a 40% scholarship and the rest of the fees are paid in form of a interest-free loan that the student pays in monthly installments.

This year, LASeR launched the third edition of H2C. Fifteen students participated, participants created 4 groups  and chose 4 different health problems to focus on: garbage pollution, good bacteria, stress and organic waste. Their main target was to create awareness campaigns regarding the subjects they chose to tackle.

The final ceremony took place in The Chamber of Commerce in Tripoli on  September the 21st 2019. All groups got the chance to showcase their projects to people that attended the event. Each group, prepared their own stand and gave on spot campaigns about their projects. Participants presented their campaigns in front of the Jury and on stage in front of the crowd .

The Jury got to pick the winners of first prize by voting, the group of Nakia Kharouta, Hiba Maksoud and Farah Moustafa that chose the organic waste problem under the campaign “مش للكب”. The crowd voted for the group of Fadila Al Yassin, Fatima Al Hamadi, Walaa Al Zaher and Houda Al Moussawwel that tackled the beneficial bacteria subject, campaign name “منا و فينا تتعافينا” to win the second prize.